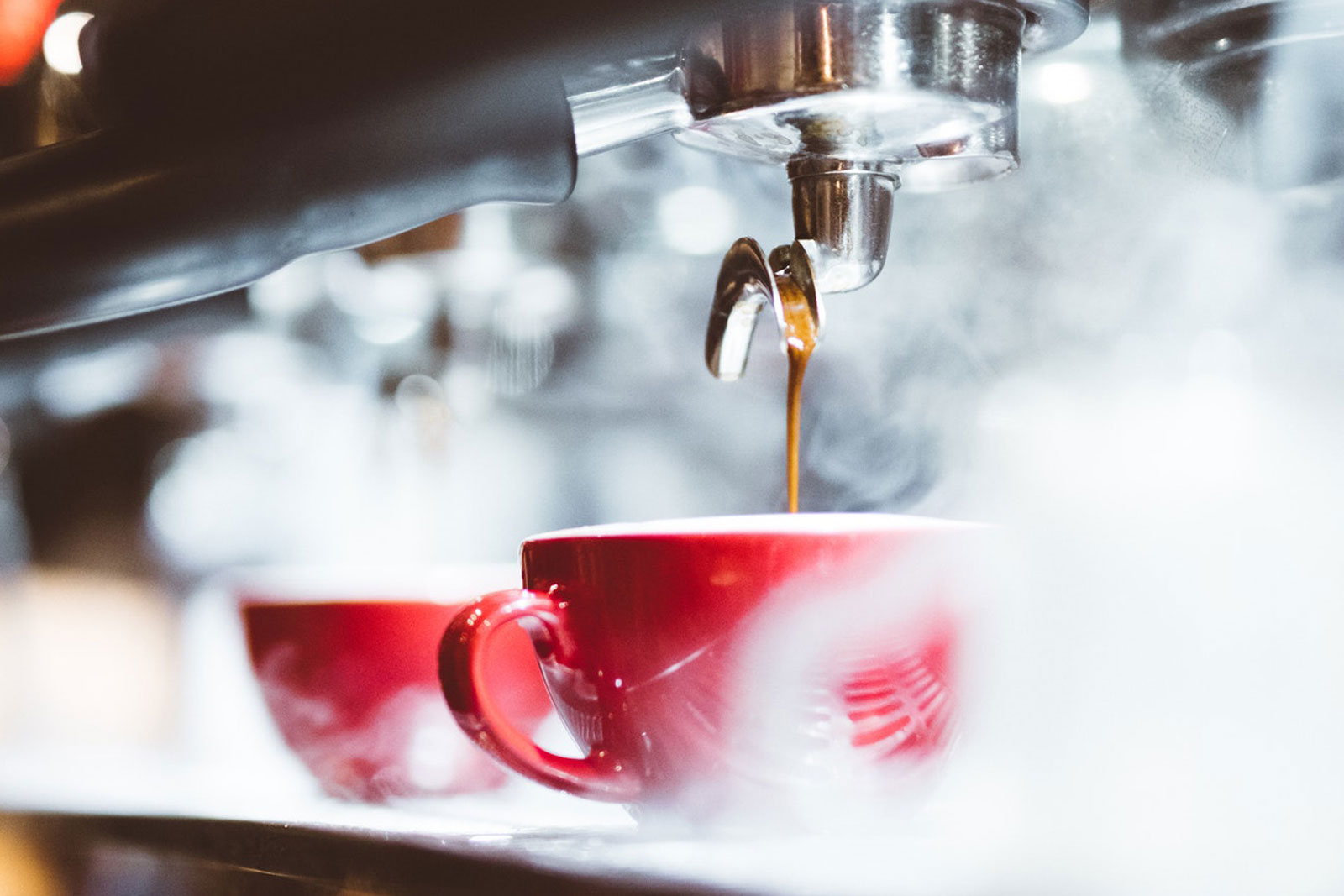 WOW, so many ways to brew coffee. The brewing is what gets the roasted beans into liquid form suitable for filling a cup and imparting that first sip of liquid goodness. Brewing takes equipment and so many kinds. It is truly mind boggling to think of all the types of equipment, so we won’t, at least not here.

Brewing methods range from the primitive, dumping rough ground beans into a pot of water and waiting until it boils over, adding eggshells to settle the grounds (cowboy coffee) to high tech coffee machines with coffee pods, no muss no fuss. 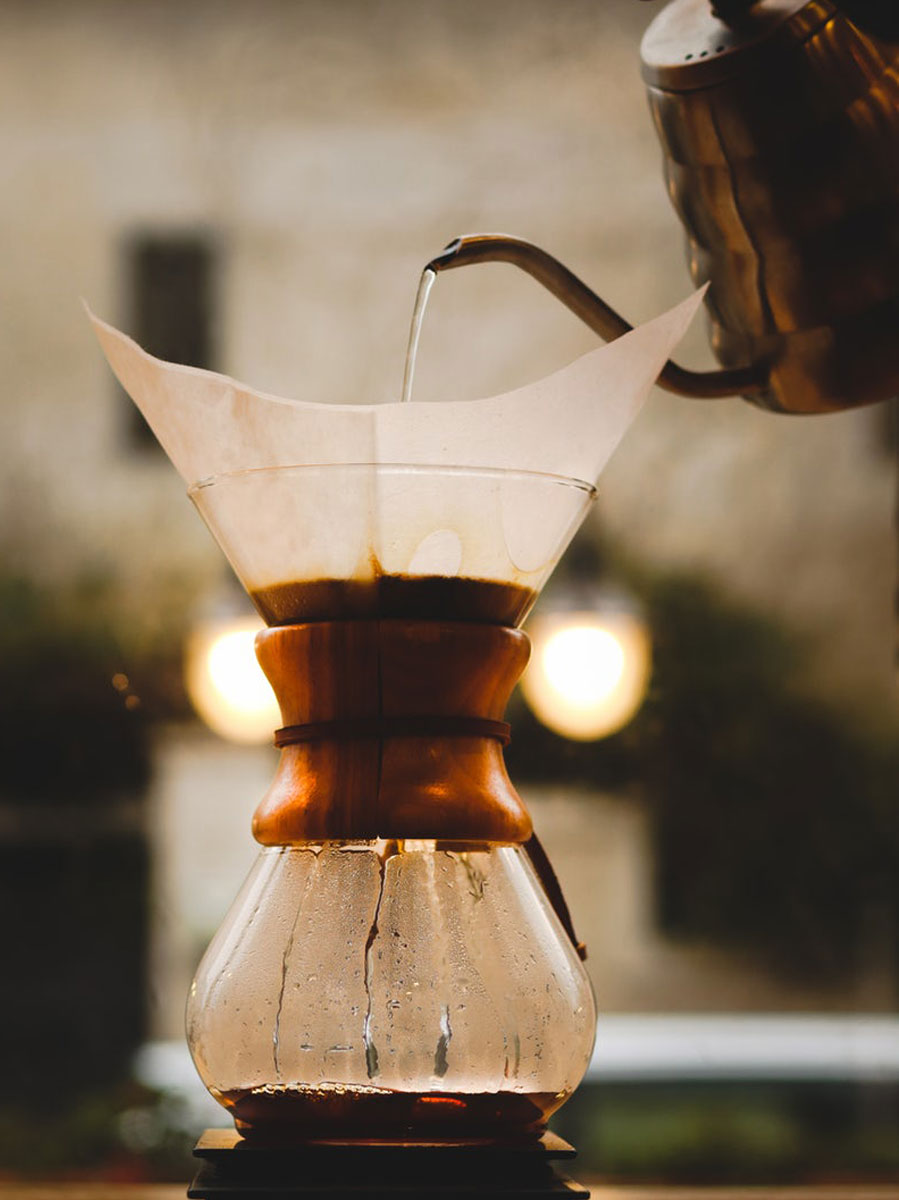 Pour Over Brewing can be done with both hot and cold water.

Cold brew methods are steeping(immersion) and the cold drip. The steeping version takes from 12 to 24 hours of immersion. Not helpful if you really need that cup of coffee NOW. This is a good method for creating a stash of cold brewed coffee. The Drip method is a much shorter time frame and once the water has filtered through the coffee grounds to the cup you have your cup of coffee.

Cold brewed coffee is easily made at home with the filter sock or as of 1964 with equipment called the TODDY a cold brewing device invented by Todd Simpson.

Pressed coffee means what? It is a plunger type of device invented by Paolini Ugo and patented by Italian designers Attilio Calimani and Giulio Moneta in 1929. It means exactly what it says, PRESSED, as in compressed coffee grounds. Use coarse ground coffee placed in the ‘press’. Add boiling water. The ground beans act like little sponges during the steeping soaking up the water and slowly releasing flavor. Finely ground coffee tends to ‘over-extract’ and causes bitterness. When a ‘foam’ forms at the top, between 3 – 4 minutes, it is time to push the plunger, which has small holes in it, squeezing out the water of the grounds further releasing the flavor. Again, so many types of equipment. The French Press is the most commonly known

Drip coffee is quite simply that. Coffee grounds are placed in a filter, and hot water is poured over the grounds filling the filter. The coffee is being brewed as it drips into the cup. There are challenges to obtaining an even brew as the water must be evenly applied to the coffee grounds or the flavor infusion will be unbalanced. If you are not picky and all you are looking for is a quick cup of coffee, this might not matter.

Percolator coffee can be stove top or electric. The coffee is typically boiled several times over, leading to major over extraction producing a tarry bitterness. If you choose to use a percolator, perhaps out of sentimentality for times gone by with parents and their morning coffee brewed in a percolator, choose a low acid coffee and grind it even coarser than for the French press. Allow it to perk for no more than 3 minutes.

Ok, now we have determined the different types of brewing it should be noted that there are additional methods that tier of the above mentioned. For instance, Automatic, Set and Forget, coffee makers, are a style of drip brewed coffee, as are the single-serve pod coffee style of brewing. The stove top Moka Pot is a version of a percolator the difference being steam pressure is extracting the flavor from the ground coffee instead of boiling water. The AeroPress makes one cup at a time and is positioned on top of the cup. The coffee is in a filter held within the press itself, and after pouring in the correct amount of boiling water, what your cup will hold, depressing the plunger, the coffee goes directly into the cup. There you have it in a nutshell. Further research will reward you with a host of other variations, such as Turkish coffee, which is a form of steeping, the vacuum form of brewing and the pressure method. The siphon brewer is the gold standard for some coffee connoisseurs.

So many ways to brew a perfect cup of coffee. Let us not forget the ever-present Instant coffee brewing method for people in a real hurry. Experimentation, if you have the time and inclination, will reward you with developing a discerning palate because each method delivers different flavors from the same beans.

Check out our coffee selection and visit our Facebook page for Fat Jack’s updates.

So glad you learned something new and helpful! I’m always learning something new every day. Roasting and brewing coffee is an art that we enjoying daily. Happy that we now have choices when it comes to our coffee selections.

I have a confession, I’m learning about the coffee industry as well. Continue to check in as I’ll learn my way through all the latest trends and fads of roasting and brewing coffee.

Super interesting! I went pretty much 32 years without drinking coffee, but more recently have started enjoying iced coffee on the reg! I love trying out new flavors and combinations now. There is such a fun culture around coffee.

Who knew there was so much more to iced coffee than just tossing a couple of ice cubes in a glass? Cold-brew has taken on a life of its own and I see no end in sight. Enjoy and come back often!

Hot coffee often irritates my stomach, so I’m going to have to try cold-pressed! Definitly going to try that one!

I’m quickly acquiring a taste for cold-press. To be honest I’m having a blast learning all about the coffee industry.

This is such a great article! I LOVE a good cup of coffee! I have heard really good things about cold brew and really want to try it!

Why thank you very much!! A good cup of coffee is always a great way to start the day. So glad you commented!

I drank coffee everyday mostly cold brew though sometimes when it’s cold out I’ll opt for hot I didn’t know that one would irritate you more.this was good information. I think we don’t really put much thought into coffee when we order or make it we just go for it lol thank you for sharing.

FYI I never really put much thought into the coffee I was drinking. While I did not buy off the grocery store shelf coffee was coffee. Now that I have Fat Jack’s I’m learning coffee is NOT coffee. Learning can be fun!

I love french pressed. I learned the hard way that coarse ground is best for pressed. This article really helped my understanding of the brewing process. I am sticking with the pressed version.